What role does the manufacturing industry play in reducing CO2 emissions?  Well, the US Environmental Protection Agency reports that Industry (goods and raw materials producers) account for roughly 22 percent of total greenhouse gas emissions generated.  Of these emissions, 65 percent are carbon dioxide. Industrial processing and its consumption of fossil fuels has a major impact on CO2 emissions, creating a significant opportunity to drive reduction efforts. 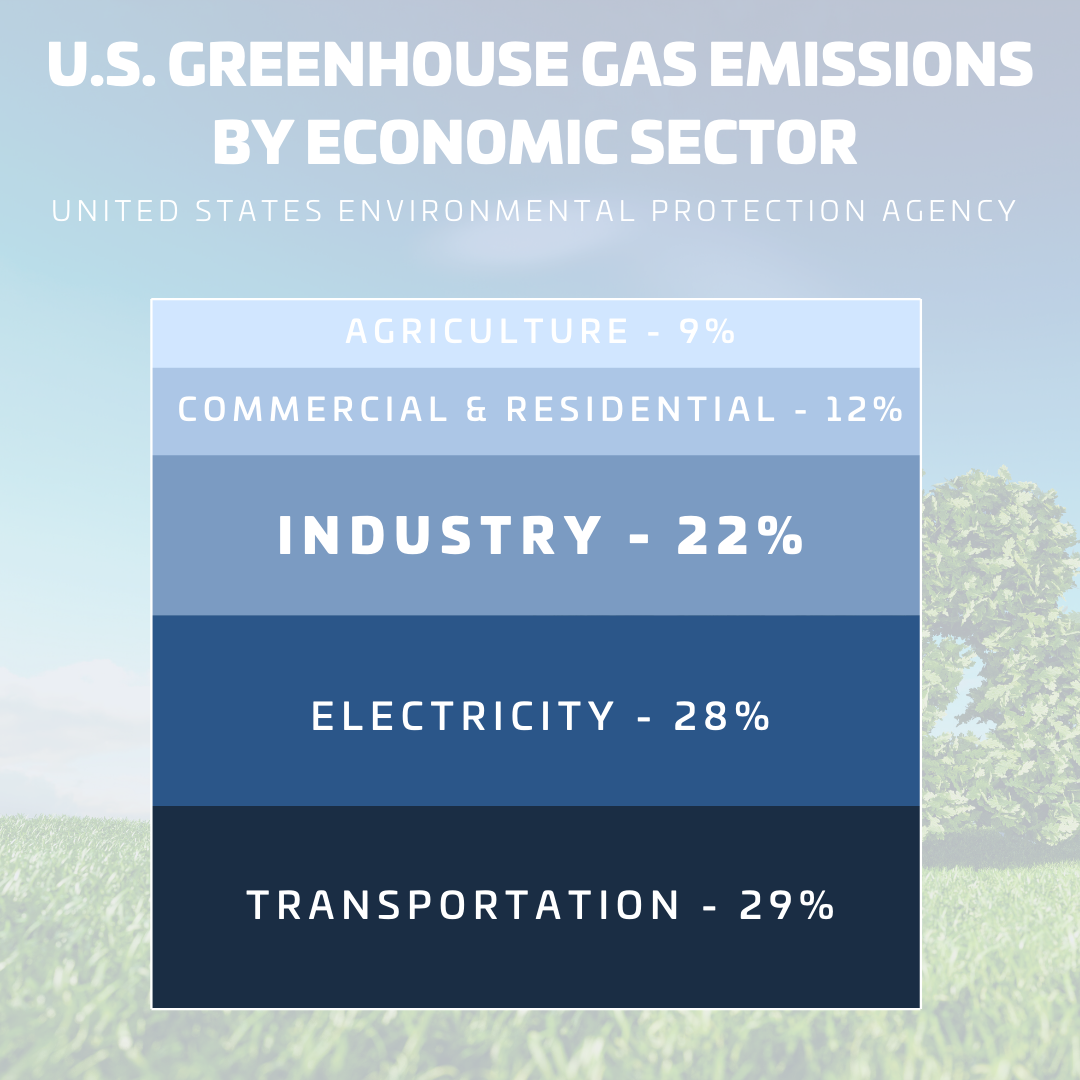 At GKN Powder Metallurgy, reducing our carbon footprint is a top priority. Demonstrating this thought process, GKN Hoeganaes has placed its focus on energy usage during its peak production time to monitor its environmentally friendly impact.

The GKN Hoeganaes team in Gallatin, TN has recently been acknowledged by the Tennessee Valley Authority (TVA) with the Carbon Reduction Award for its conscious effort in reducing its carbon footprint. As one of eight companies in the Tennessee Valley, GKN Hoeganaes was recognized for having a “significant impact on carbon reduction as a result of lowering its peaks in demand (TVA).” 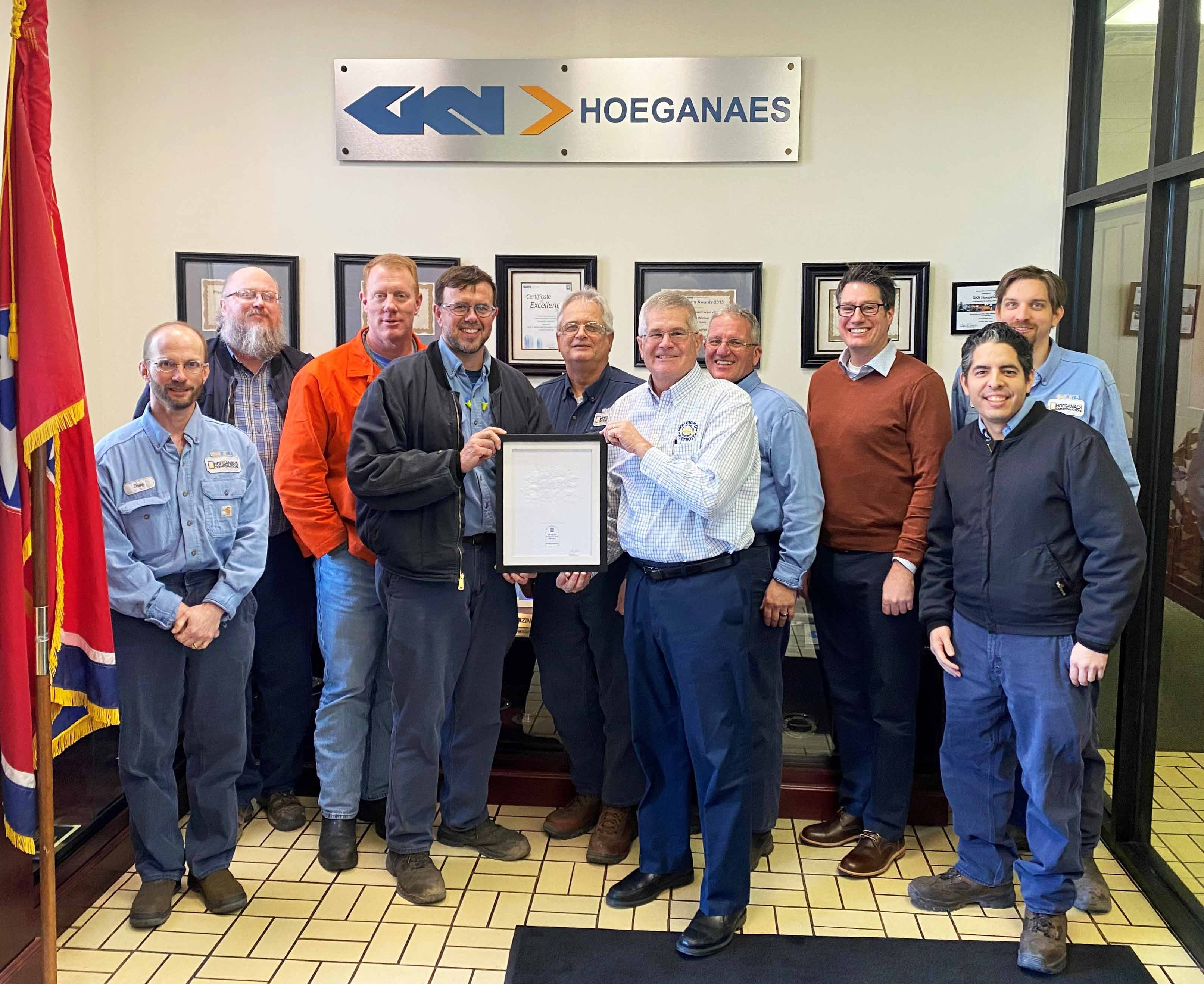 The TVA, an organization dedicated to modernizing the Tennessee Valley region’s economy, provides electricity – among other economic developments - to business customers and local power companies in seven southeastern states. Known as one of the most efficient organizations in the country, TVA has reduced its CO2 production by modifying its power generation through a carbon calculator and recognizes companies who make notable efforts in energy consumption.

Over the last three years, GKN Hoeganaes has reduced its electricity usage by 183.04 lbs CO2/kWH by monitoring its overall peak load. To determine peak load, GKN and TVA monitor the CO2/kWH power used during its peak time compared to other energy consumption types like nuclear or hydro. By reducing peak loads, we achieve lower consumption of CO2 emissions.

In February 2019, GKN Hoeganaes Gallatin implemented a program with the objective to significantly reduce its energy demand. Comparing maximum demand pulled over one month (max demand), to the maximum demand pulled for a daily six-hour window over that same month (peak demand) they identified opportunities to reduce energy usage. 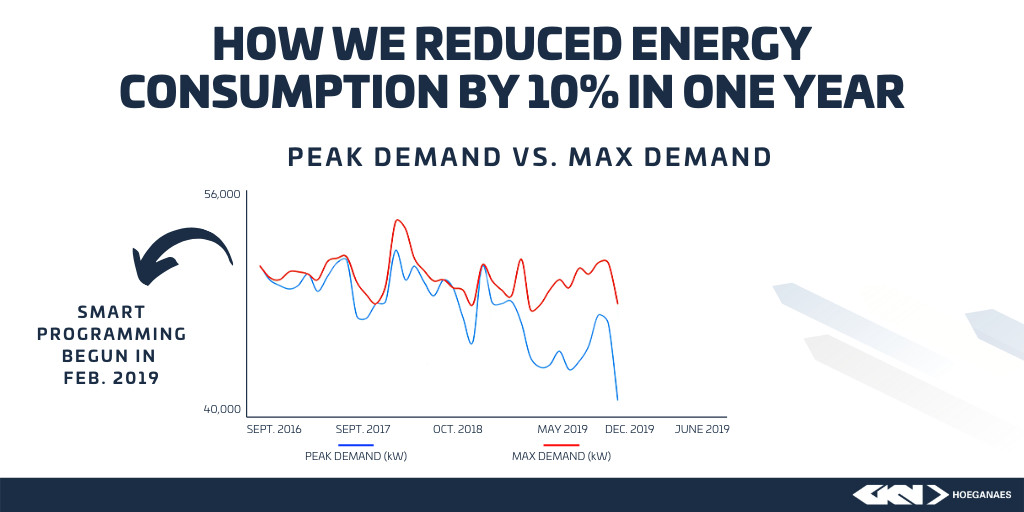 Manufacturers will continue to feel pressure for a more efficient carbon footprint as renewable energy sources take a larger stage.  Are you choosing a supplier with an objective for reduced CO2 emissions?

Want to say something?

6 things you should know about customer service, from a materials expert

How about receiving updates right to your inbox?